Very good product, it has a delicious smell.

Very good product, it has a delicious smell. 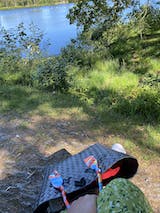